Both Paper Charts and ENC Cells viewed in the GoogleEarth ACI contain links to their respective pages on the AHS website, providing quick access to associated Notices to Mariners and other metadata. Paper Chart thumbnails are low-resolution images spatially overlaid to provide an idea of both what the chart looks like and where it is geographically located on the earth.

Please note that the GoogleEarth ACI is intended as a visual information aid and is NOT TO BE USED FOR NAVIGATION. 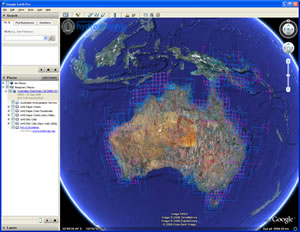 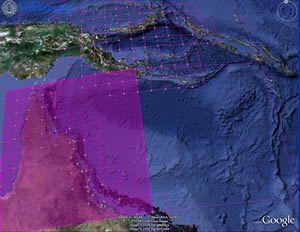 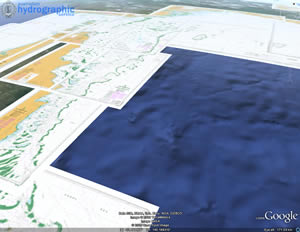 The GoogleEarth ACI can be downloaded as a KMZ file. This is a compressed KML file. More information on KML and KMZ files can be found at http://earth.google.com

New features and data will be added to the GoogleEarth ACI in due course.

The AHO welcomes any feedback or suggestion for the GoogleEarth ACI.

If you are using this service, please feel free to send in your feedback and suggestions for the GoogleEarth ACI. You can do so by emailing using our Feedback Forms.

This work is copyright. Apart from uses permitted under the Copyright Act, no part may be reproduced by any process, communicated, adapted or reduced to any electronic medium or commercially exploited without prior written permission from the Commonwealth represented by the Australian Hydrographic Service.

Requests and inquiries concerning reproduction and rights should be addressed to the Licensing and Contracts Manager, Australian Hydrographic Office, Locked Bag 8801, Wollongong NSW 2500 or by e-mail to hydro.licensing@defence.gov.au